How To Leverage Moves And Win At Solitaire 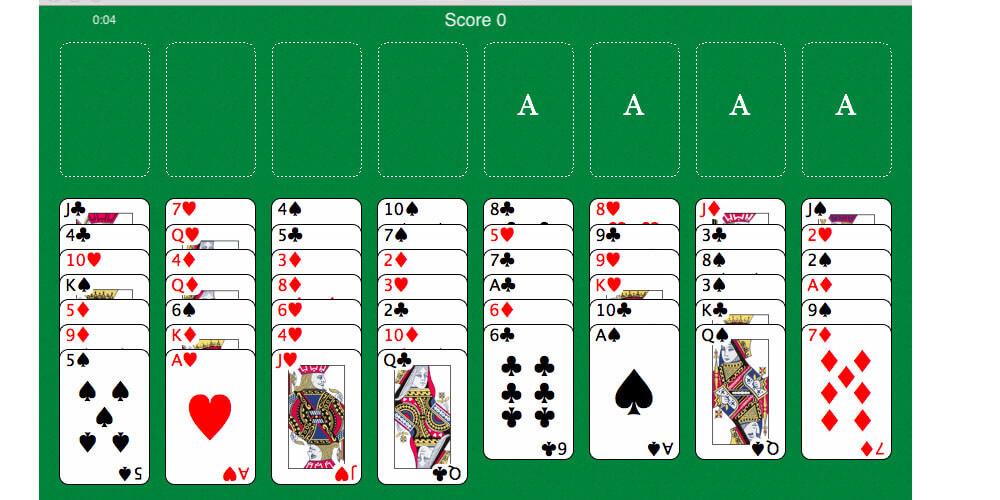 As far as card games go, solitaire (Klondike and Spider solitaire) is the simplest and most popular world. Despite its perceived simplicity, it still has a surprising amount of strategizing and depth to it. Winning offline solitaire card games requires a consistent, thoughtful approach to playing the game. The best strategies always incorporate an element of luck. To maximize the chances of winning, one must understand the rules of solitaire and understand the nature of card decks and probabilities. Let’s focus on the best strategies for winning at solitaire.

How to win at Klondike solitaire

· Do not empty a spot without a king

Many novice offline solitaire card game players will tend to empty tableau spots/piles with the express intention of removing all cards from that pile. If one does not have a king to place in that spot, it will remain empty since only kings can occupy those positions. If you think about it, this blocks off an entire column of play, meaning you will not utilize this space until a king is revealed from the other piles.

When choosing which hidden cards to expose, always select columns with huge stacks underneath their face cards. Steadily whittling these columns of hidden cards fast creates better chances of exposing useful cards that you can use to build a nice pile of revealed cards.

Selecting a black or red king to fill an empty spot is a serious decision. This is because it dictates the color order for that pile for the entire rest of the game. You should think carefully about the Queen and Jack cards you still have available. This makes it easy to track the entire deck moving forward.

How to win at offline Spider solitaire card games

· Learn from the experience

Spider solitaire often includes varying levels of difficulty. One suit may be an easy option, while a medium option contains two suits, and a hard game contains four suits. Spend some time understanding the basic levels. Do not advance to the four-suit levels before you can win consistently at the lower levels.

· Deal only when you have to

After you exhaust your possible moves, you have the option of dealing another ten cards onto the columns. This may or may not open up your options. Before dealing, check whether you have made all your possible moves in the current columns. Make use of your game’s “hint” function if it is available.

In offline solitaire card games, you win by building ordered stacks of cards from King to Ace in correct suits. Spider solitaire can be more challenging compared to Klondike and requires more expertise.

Is buying FUT 21 coins worth it

A Guide for Fixing Your Broken Smartwatch

Amazing Types of Purifiers that You Should Know

The Legalities Of Buying FIFA 22 Coins

The features you need in a smart TV...

Which is the best portable projector to choose?

The Basics Of Wall-Mounted Network Racks